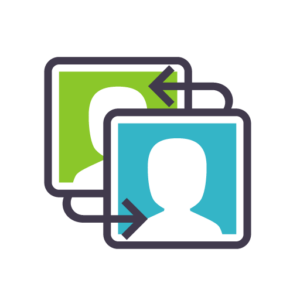 How do you know how effective you are with other people? Ask them. But you need the right questions, phrased so they are understood, and asked in a way that makes it easy and comfortable for a rater to respond.   That is the power of 360 survey – gaining insight on how you are perceived.

Dr. Paul Connolly, President at Performance Programs, was a 360 co-author with Clark L. Wilson for many years and we still work with the successor company Truscore.

LEADERSHIP SERIES  ⇒  focus primarily on leadership skills and the personal attributes that all leaders need to move the organization toward positive change.

INDIVIDUAL CONTRIBUTOR SERIES  ⇒   focuses on the skills required to work with others as an individual contributor.

TEAM SERIES  ⇒  focused on the development of team management

Our complete series of Clark Wilson 360 Surveys are Validated!

LEADERSHIP VERSATILITY INDEX  ⇒  uses the 360 method of comparing feedback from the “full circle”: superiors, peers, subordinates, and self-perceptions. But that’s where the similarity ends. The LVI is not just another 360; it is a patented solution for improving results through leadership.

AMBIGUITY ARCHITECT  ⇒   the capacity to deal with ambiguity and change is a skill that is becoming increasingly important at every level of an organization.

CUSTOM 360 SURVEYS  ⇒  when the core competencies for job roles are significantly different than the competencies used in available validated surveys, customized 360 feedback is the answer.

WHAT IS A VALIDATED 360 FEEDBACK SURVEY?

Validation is a research process that aims to show whether an instrument actually measures what it was designed to measure. It is a valuable feature in any published feedback survey.  There are many types of validation studies. In the case of 360 degree feedback for training and development purposes, survey designers strive for construct validity. Construct validity is evaluated by determining how well the concepts behind the instrument account for an individual's performance on the instrument. For example, the Survey of Management Practices from the Clark Wilson Task Cycle series measures the universal behaviors that are predictive of an effective manager. A manager with a strong record of success should have high scores on the survey whereas a manager whose performance has been weak should have low scores.

The Task Cycle® is a validated organizing tool that can help leaders know where to focus their development. It is presented as a logical sequence of events, with each phase contributing to achieving the final goal.

Task Cycle® name and image are registered trademarks of TruScore®